3 Things You Should Never Eat If You Have MS

Controlling Your MS Isn’t As Hard

If You Know The Secrets To Eating Right With Autoimmunity.

You May Have Heard Conflicting Advice In The Past, But If You Made It Here You’re Ready To Get Past Outdated Theories And One-Size-Fits-All Approaches.

A Good Place To Start Is With My List of Three Things People With MS Should NEVER Eat!

3 Things You Should Never Eat If You Have MS

This information could literally change your life! Imagine if...

You discover that you had been eating something that was causing your MS symptoms! If you simply stopped eating that item, would your condition improve? You’ll never find the culprit if you don’t know what to look for.

You could identify what triggers inflammation in your body! Since MS is an inflammatory condition, would avoiding those triggers mean dodging the inflammation, too?

You could go from feeling crappy to having hope for a better future. The key to better health and functioning is to reduce the amount of inflammation in your body. The secret lies in finding your personal triggers that cause your body to begin the inflammatory process.

You could start feeling better simply by removing one thing from your life. Would you do it? 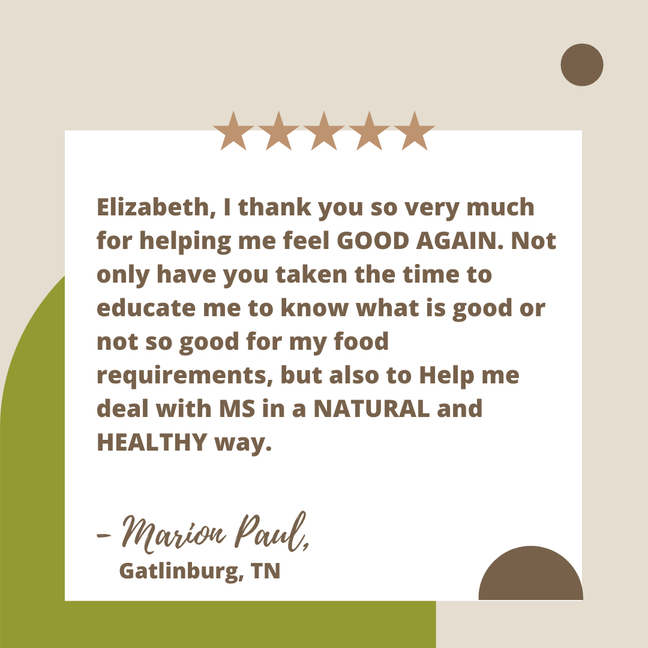 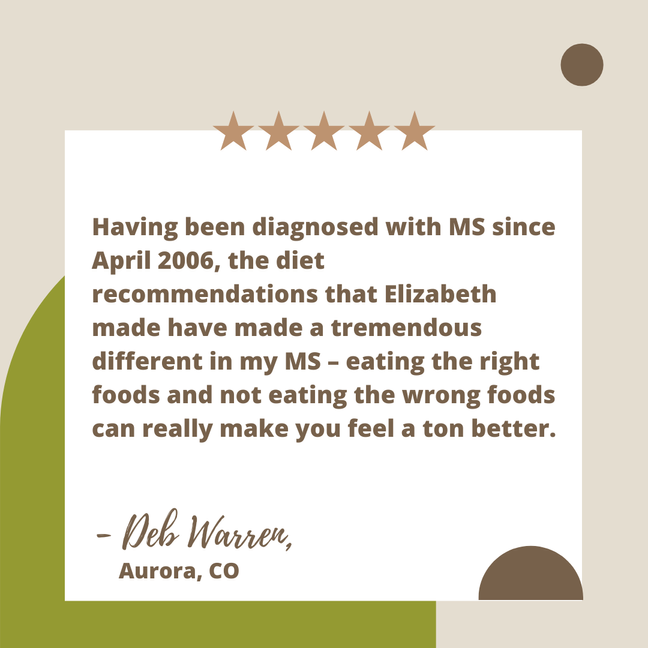 Since being diagnosed with multiple sclerosis in 1999, Elizabeth Yarnell has researched how to manage autoimmunity naturally as a traditional naturopath. She’s empowered hundreds of MS and other autoimmune sufferers in her nationwide clinic using personalized natural therapies to help them reclaim their health. She’s a TEDx speaker, award-winning author whose cookbook has sold more than 60,000 copies, a patented inventor, and has been featured on CBS, NBC, ABC, and PBS as well as in Good Housekeeping, Health, Martha Stewart Living Radio, and many other outlets.

You May Have Heard Conflicting Advice In The Past, But If You Made It Here You’re Ready To

Get Past Outdated Theories And Unhelpful One-Size-Fits-All Approaches.

A Good Place To Start Is With My Resource of Things People With MS Should NEVER Eat!

SEND ME THE RESOURCE NOW!